The male model testing gender norms in a changing Saudi 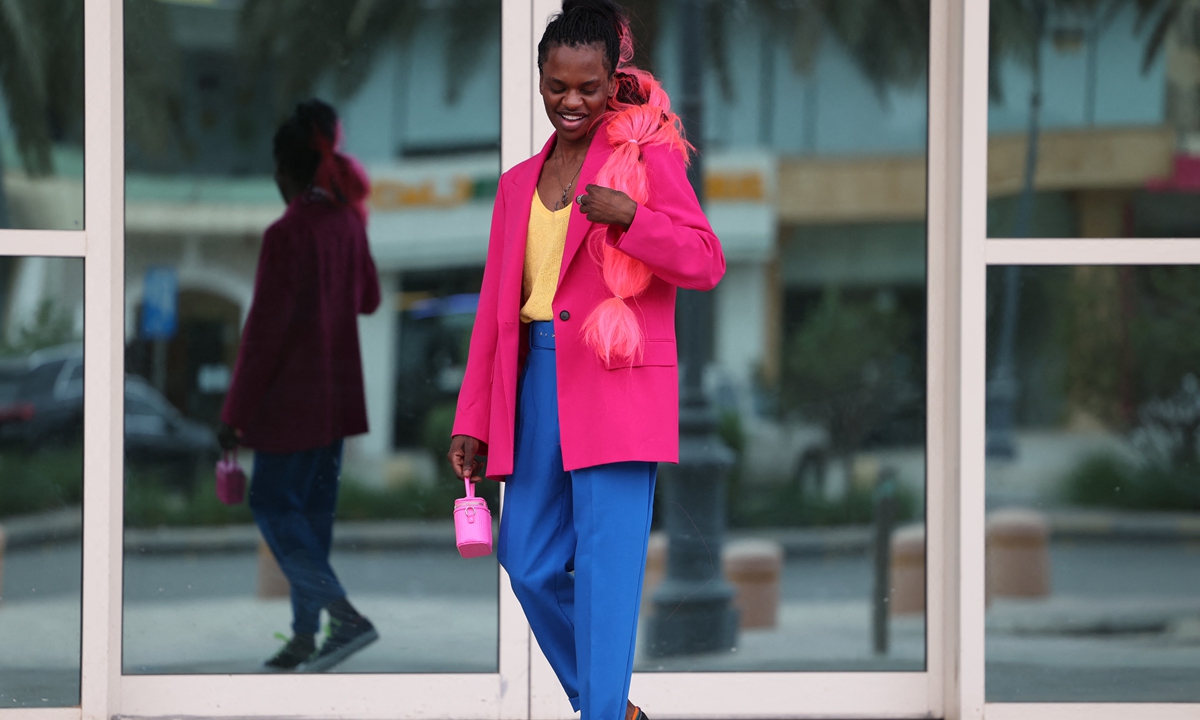 Passers-by began sneaking pictures on their mobiles merely minutes after Mesfer emerged from his white luxury car onto the cobbled sidewalks of a high-end cafe district in Riyadh, his stylist and photographer in tow.

Such appearances have helped Mesfer, 25, build a massive social media following while blazing a trail for the handful of Saudi male models brave enough to don garments widely seen as appropriate for women only – thereby pushing the boundaries of their country’s famously rigid gender norms.

In the process he has endeared himself to expensive brands keen to profit from a spectacle that would have been unthinkable before Saudi Arabia embarked on a whirlwind series of social reforms ushered in by Crown Prince Mohammed bin Salman.

Along with ardent fans – mostly bubbly teenage girls who follow him on Snapchat – the crowd gawking at the recent Riyadh shoot included one irate middle-aged man who got out of his car to denounce Mesfer as “gay,” a potential capital offence in Saudi Arabia.

Mesfer does not identify as gay – he intends to marry a woman one day – and explains he is simply following global brands’ embrace of androgynous fashion.

And despite occasional harassment in-person and online, he told AFP he has no plan to leave Saudi Arabia or modify his look.

“It is better for me to stay in my country and wear these clothes,” he said, “not wait for a trip abroad to go outside in a bold outfit.”

Born into a Riyadh-based family, the eldest of six children, Mesfer started to develop his sense of style from a young age.

“I used to dress my mom, my aunts and my relatives. I used to love styling them,” he said.

“My mom used to consult me regarding these things, so I became more interested in women’s fashion.”

He only dreamed of going public with his talents after Prince Mohammed began trying to soften the kingdom’s image, including by expanding entertainment options and easing rules that required women to wear the abaya, an all-covering robe, and a hijab headscarf.

Around two years ago, Mesfer started modeling outfits online using the relatively safe medium of Snapchat, which automatically deletes posts once they are viewed.

Today he boasts more than two million Snapchat followers and another 200,000 on Instagram – the kind of clout that has captured the attention of brands including Prada and Dior.

When Gucci opened a new boutique in Riyadh last month, staff made sure to invite Mesfer to view the inventory, said senior saleswoman Loulwa Mohammed.

“It’s very important to invite him, because when we invite him and take a video or picture of him wearing any item, it sells directly,” Mohammed said.

“All Saudis – old women, young girls – all of them, they are watching him.”

‘A kind of artist’

Even as other male models and would-be influencers follow his lead, Mesfer remains in a class by himself.

“He is number one,” said a sales associate at Prada who, like others interviewed for this story, declined to be named because of the topic’s sensitivity. Yet several fashion professionals said Saudi’s limited acceptance of Mesfer should not be misconstrued as a blanket endorsement of his behavior.

Instead they said Mesfer, who earns money partly through online ads, enjoys protection because he works with luxury brands and mingles with local celebrities who invite him to their events.

“We see him as a model, as a kind of artist, so we can’t judge him,” Gucci’s Mohammed said.

But she added: “Sometimes the reaction is negative. Saudi is a Muslim country. I wouldn’t want to see my brother doing the same thing.”

This conflicted perception of Mesfer is on vivid display in the comments on his Instagram page.

A Mennonite bonnet, a Muslim hijab: Why do many of us feel